Towards 2019: what next for the housing market? 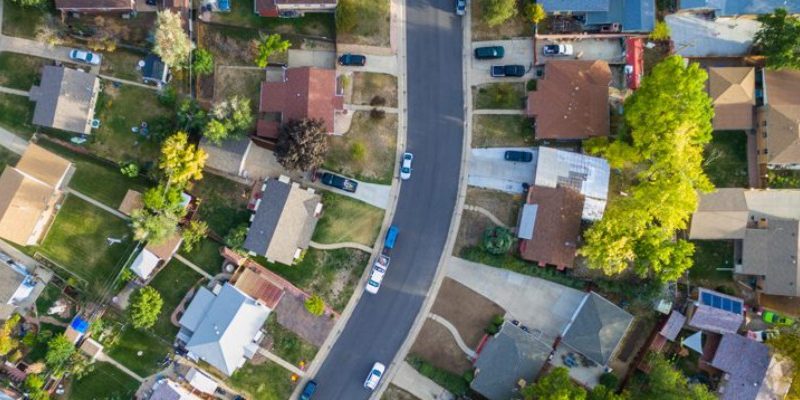 The Australian residential housing market has been highly variable this year, and we’ve seen some highlights as well as lowlights. We look ahead at what’s expected for the remainder of 2018 and beyond.

It’s been a tale of mixed fortunes in the nation’s housing market over the past 12 months. There’s been a downward slide in what were previously booming markets, as well as delight over growth in other areas.

Capital cities have mostly continued to soften – particularly Sydney, which has had a tough start to the year – yet some of our regional areas have reaped the rewards as homebuyers look further afield for value.

While houses have felt the pressure, apartment values in some areas have risen.

What’s more, whilst value declines were recorded for the more expensive half of the market, the most affordable end grew in value. It’s an interesting time, so we’ve taken a look at the key trends to be aware of in 2018.

Over the first quarter of the year, capital city values were down almost 1 per cent compared to a 1.1 per cent lift in regional dwelling values, according to NAB’s April 2018 Australian Housing Market Update.

The combined regional markets have been outperforming the capital cities since October last year, with the strongest annual growth rates recorded in the regions around Melbourne, Sydney and Canberra.

Victoria’s Geelong recorded the highest capital gains in the country over the past 12 months, with dwelling values up 10 per cent, followed by NSW’s Southern Highlands and Shoalhaven region, which rose 9.5 per cent.

The Capital region in south-east NSW including Queanbeyan rose 8.3 per cent in the same period, as did the Newcastle and Lake Macquarie regions.

Driving the reduced demand in the cities is widely acknowledged by commentators nationally as recognition of opportunities in regional areas.

As NAB’s Housing Update team put it in the April Australian Housing Market Update, “it seems buyer demand has rippled away from the capitals… towards areas where housing is more affordable but also jobs, amenity and transport options are reasonably plentiful”.

Interestingly, there has been a demand for units over houses, with unit values now outperforming house values in certain areas.

It’s a subtle difference when you look at the combined capital city figures over the March quarter – while house values are down one per cent, units are down a more moderate 0.7 per cent.

But those differences are more significant if you look at Sydney and Melbourne, where housing affordability pressures are clearer. As the report also shows, Sydney’s unit values are up 1.9 per cent over the past 12 months while house values are down 3.8 per cent.

Despite more positive results, the trend in Melbourne over the last 12 months is similar, with house values only rising 4.9 per cent, compared to the 6.6 per cent climb of units.

However, the trend is less pronounced or even reversed outside of Sydney and Melbourne.

The Brisbane housing market was flat over the first three months of the year, continuing the sedate pattern of a decade that’s seen dwelling values rise at an annual rate of just 0.9 per cent. Over the last 12 months, houses have performed better in value – with a rise of 1.8 per cent compared to a fall of 1.4 per cent for units. This is likely due to concerns of an apartment surplus in the city.

However there are predictions that this situation soon change, with unit construction having peaked in 2016. “Population growth is ramping up which will help support an improvement in the unit market’s performance,” according to NAB’s April update.

State by state: a breakdown

Perth is showing signs of improving conditions – a turnaround for a market that peaked in June 2014 and has since seen dwelling values fall 10.8 per cent. The median dwelling value here is the lowest of the four largest capital cities. Dwelling values posted a rise in March (up 0.3 per cent) but units continued to fall (down 2.2 per cent over the quarter).

Hobart is the star performer and it’s a trend that’s expected to continue this year. Dwelling values were 1.7 per cent higher in March to be 13 per cent higher for the year. Adding more fuel to the fire is the plummeting listing numbers in the market – down 36 per cent compared to a year ago – leading to rapid sales. “With low stock levels and high demand, Hobart is truly a sellers’ market” according to the update.

In Adelaide, growth has been flat but dwelling values are up 1.7 per cent on 12 months ago and there are some positive signs. “Jobs growth has been ramping up across SA, which should help support a turnaround in migration that could buoy housing demand” the update predicts.

While there’s unlikely to be a major upturn in Sydney and Melbourne any time soon, signs point to a reasonably soft landing and stabilisation in other markets, according to the Housing Market Update.

Property experts are predicting further house price falls in NSW and Victoria but are more optimistic about Western Australia and Queensland.

NAB Chief Economist Alan Oster says stronger performances in some markets won’t make up for the decline in Sydney and Melbourne, predicting little improvement in the overall house price for the year.

“Strong performance in Tasmania and to a lesser extent in regional areas, along with higher confidence in the West and Queensland, won’t offset the aggregate effects of lower prices in Sydney and Melbourne,” he says.